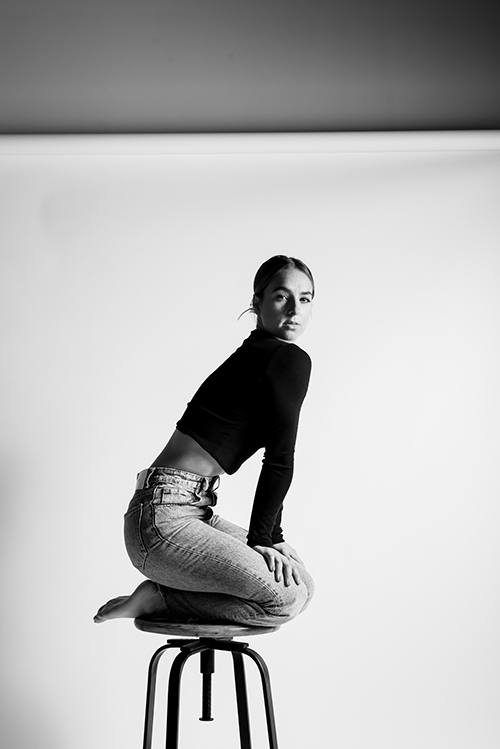 Taryn Elle Faustman originally from Vancouver Canada began dancing at  the age of nine. She is trained in many styles of dance but specializes in Jazz and Contemporary. At a young age, Taryn had the privilege to attend the Royal Winnipeg Ballet School, Goh Ballet Academy, Pacific Dance Arts and Arts Umbrella. As a teen, she went on to win the BC  provincial title five years in a row and represented Canada at the  prestigious “Showcase” Competition located in Goldcoast Australia. Her  acting and dance career started with one of her first jobs, where she was  cast as Cha Cha DiGregorio, in the musical “Grease,” at the famous  “Theatre Under the Stars.”

In 2010 she began her professional career on board “Royal Caribbean”  and “Holland America” Cruise lines, expanding her skills into aerial as  well as traveling to all seven continents. Following traveling the oceans, she moved to Sydney Australia, where she booked her first national  commercial with “Vodafone,” appeared dancing for “Samantha Jade” at  the Nickelodeon Slimefest, as well as dancing in the musical “Grease” at  the annual Dally M Awards. Since then Taryn has traveled and lived  abroad in China, Las Vegas, Berlin Germany and Doha Qatar, just to  name a few.

Taryn has also been a successful choreographer and teacher. Her  choreography has gone on to win many awards at competitions such as  YAGP, Team Canada- Germany, Nuvo, BC Provincials, and the Dance  Awards NYC. With a remarkable technical background, complimented  by versatile exposure, Taryn is an experienced worldly performer and  emerging choreographer.